Struggling with a dictator: US wrestling team shakes hands with Ahmadinejad in Tehran

In a rare gesture of goodwill, members of the U.S. freestyle wrestling team shook hands with Iranian President Mahmoud Ahmadinejad on Friday after finishing third in a tournament.

Iran and the United States have found common ground in wrestling after the sport was banned from the Olympics, with both countries intending to see it reinstated in the program.

Iran won the Freestyle Wrestling World Cup on Friday after beating Russia 6-1 in the final, with the Americans finishing third after beating Belarus by the same score.

Ahmadinejad then attended the awards ceremony, shaking hands with some members of the US team and posing for photos.

Joining forces: wrestlers, coaches and leaders from the United States and Iran posed together and even shook hands at the end of the Freestyle World Cup in Tehran on Friday

On Twitter, Burroughs called Iran an “incredible host” while posting a photo of himself extending the outstretched hands of enthusiastic fans above the mat.

The tournament was a unifying force for participants following a decision by the International Olympic Committee to give up wrestling at the 2020 Olympics. 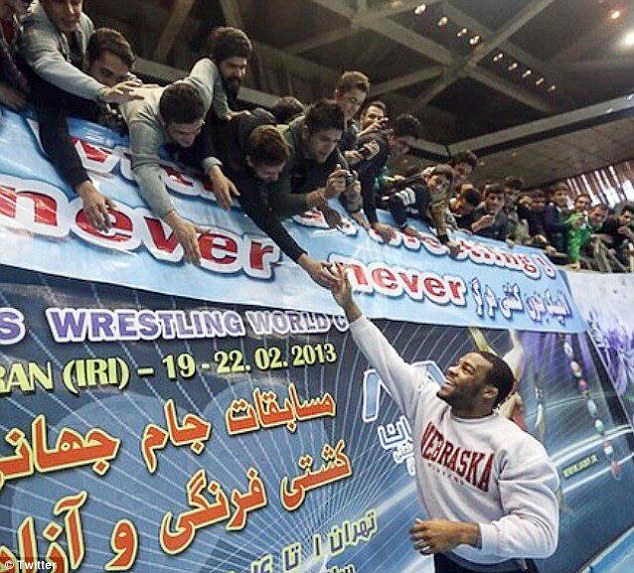 Sportsmanship: US wrestler Jordan Burroughs called Iran an incredible host while posting this photo of him shaking hands with fans at the Wrestling World Cup 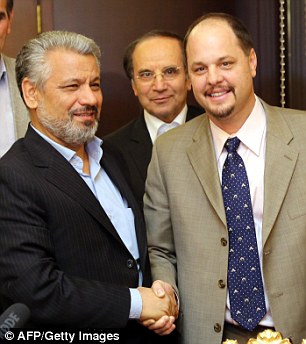 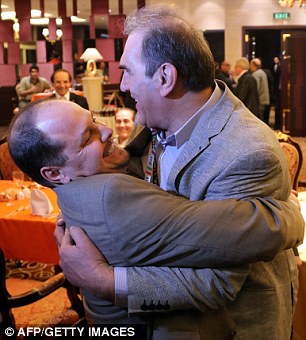 Making friends: US wrestling executive director Rich Bender is seen on the left with the president of the Iranian Olympic Committee and also on the right hugging the head of the Iranian wrestling federation in the style of a wrestling technique.

This provided a common goal for Iran and the United States

The two nations, both prominent in the struggle, have not had diplomatic relations since the 1979 Islamic Revolution after the storming of the United States Embassy, ​​leading to the hostage-taking of 52 Americans during 444 days.

Everything you need to know about freestyle wrestling